Note: Back on the old blog before I lost my domain name, I had a history of Kampung Bugis that I translated from the Indonesian. This document was a senior thesis written by an Indonesian student. It was an interesting history, and unfortunately I’ve misplaced most of the translation except for this section, I’m posting this here with the hope that I will come across the rest of  the translation in the future.

Last post on the Bugis, I wrote that I would add some information about the culture of the Bugis who arrived in Bali. This post summarizes the information in from the first section of Chapter 2 of the Migration and the Role of the Bugis in Kampung Bugis Buleleng 1815-1946 by I Nyoman Mardika.

According to Raden Sasrawidjaja who wrote about the Bugis in Kampung Bugis in 1871 when he visited there, the houses of the Bugis who came to Bali had three parts: an upper house under the roof called the Rakkaang where grain, other food supplies and family heirlooms were stored, unmarried girls from the nobility also lived in this section of the house; the second part of the house, the Alebola, consisted of rooms that were used for living, such as bedrooms, a kitchen, a dining room and a receiving room; the third part, the Awasai, was used for livestock, farming gear or fishing gear.

Kampung Bugis was ideally located for the Bugis people because it is located along the beach close to the center of the town of Singaraja. It is also adjacent to to the customs port of Buleleng. Because this customs port was busy and visited regularly by ships, it was an ideal location for the Bugis who were skilled in trading activities. Also, due to Kampung Bugis’ relatively small, narrow boundaries and sandy soil, farming was not an option as an economic activity. So, the Bugis traded as their main means of livelihood with fishing as a secondary source of income or food. The writer notes that the Bugis are known for their trading ability because of their tradition of sailing and dominating inter-island trade prior to the Dutch intrusion into the islands.

In order to be able to understand the history of the Bugis people in Kampung Bugis, it is necessary to view the kampung and the people in the context of north Bali, or Buleleng. The city of Singaraja was founded in 1604 by I Gusti Panji Sakti who came to the north from the kingdom of Gelg 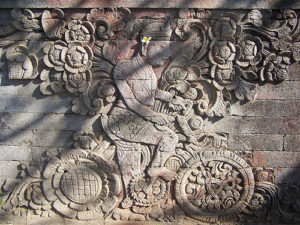 el in the south. Sakti, according to the Babad Buleleng, traced his descent back to the fabled Majapahit Empire in Java. Sakti’s descendents ruled Buleleng until the late 18th century when the kingdom was taken over by Karangasem. By 1840 Buleleng was ruled by Anak Agung Ngurah Made Karangasem along with the powerful prime minister I Gusti Ketut Jelantik. Under his charismatic leadership, Buleleng became one of the most powerful kingdoms on the island. But, the Dutch, who had paid little substantial attention to Bali up until the 18th century because of its lack of spices, became interested in securing treaties with the Balinese kings in order to establish themselves on the island so that any British ambitions for Bali would be abandoned. By 1845 the Dutch had successfully established treaties with most of the Balinese kingdoms.